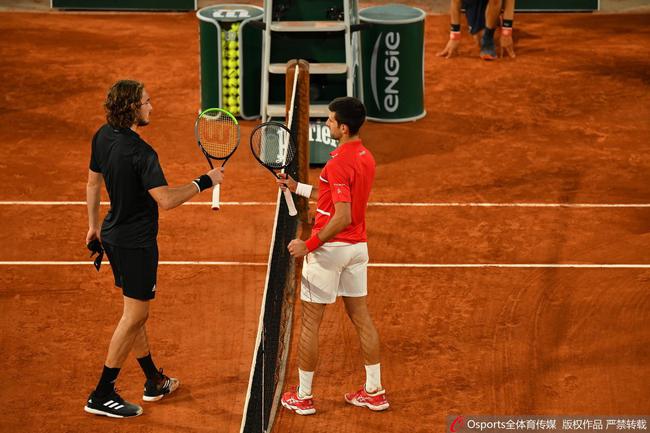 China News Agency, Paris, October 10 (Reporter Li Yang) The men's singles semi-finals will be held on the 9th local time at the 2020 French Open. "King of clay" Nadal defeated Argentine star Schwarzman in straight sets and met with Serbian star Djokovic, the top seed who defeated his opponent Sisipas in five sets on the same day.

The Spanish star Nadal did not miss a set to qualify for the semi-finals, but he did not encounter a strong opponent in the previous games. Schwarzman played well and did not lose a set in the first four rounds. He eliminated his opponent after 5 hours of fighting with the third seed and Austrian star Tim to win the semi-finals.

Nadal and Schwarzman have played against each other many times. Nadal has an absolute advantage, but he was eliminated by Schwarzman at the Rome Masters held last month. The two faced off again in the French Open semi-finals this time. Nadal won 6-3 in the first two sets. The third set of the match became fierce and entered the tie-break. Nadal won the tie-break and won by 7. : 6 won the third set and defeated Schwarzman with a total score of 3:0 to advance to the final.

Djokovic faced the 12th seed and Greek star Sisipas in the semifinals of the day. Djokovic won two sets first, and Sisipas pulled two sets in a row when victory was in sight. After being dragged into the decisive set, Djokovic performed well and did not give his opponent any chance. The specific scores of the two semifinals were 6:3, 6:2, 5:7, 4:6, and 6:1. In the end, Djokovic defeated his opponent with a total score of 3:2, and the whole game took a total of time. 3 hours and 54 minutes.

Djokovic has played against Nadal dozens of times, winning each other. He was defeated by Nadal in the French Open finals in 2012 and 2014. People will wait and see whether Djokovic can defeat the "king of clay" in the French Open in 2020. (Finish)